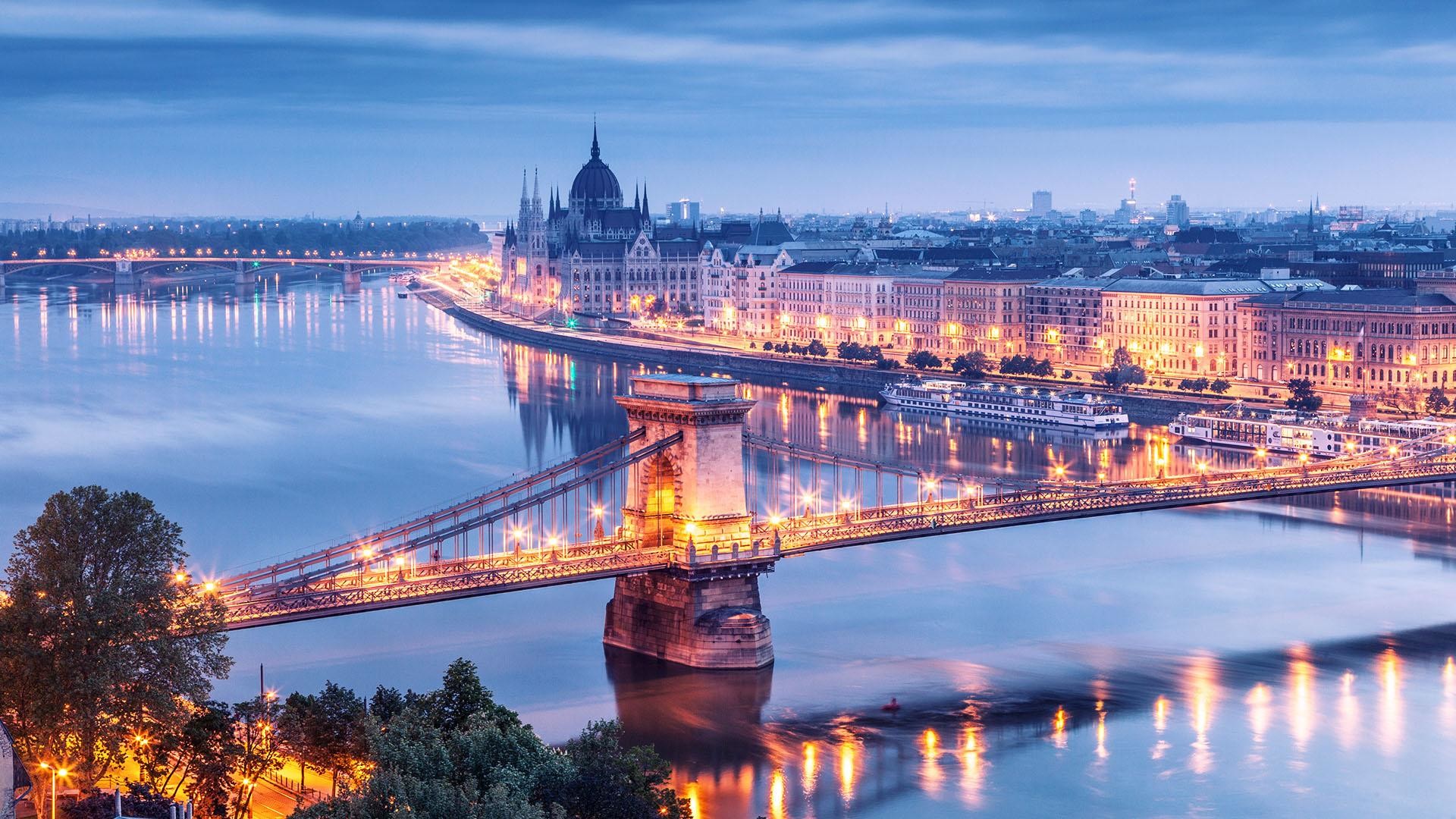 Discover the city in a few words

Budapest or formerly Ofen-Pesth is the largest city and the capital of Hungary.It is located downstream of the Danube bend between the Transdanubian Massif and the Afold. Its inhabitants are Budapest residents.

The present city is created in 1873 by the merger of Buda then capital of Hungary of Pest and Obuda. It originates from the site of Aquincum, a Celtic settlement that became the capital of Lower Pannonia during Roman times.

The Magyars arrive in the region in the 9th century. Their first location is looted by the Mongols in 1241-1242. The city is rebuilt and becomes one of the centers of the humanist culture of the Renaissance in the 15th century. After nearly 150 years of Ottoman rule, it continues its development and is at its peak with the flourishing of the industrial era in the 18th and 19th centuries. After the merger of 1873 and the accession of the city to the rank of second capital of Austria-Hungary, Budapest reaches the proportions and characteristics of a world city. Marked by the various traces left by history, Budapest was the epicenter of the Hungarian Revolution of 1848, the Republic of Hungary’s Councils of 1919, Operation Panzerfaust in 1944, the Battle of Budapest in 1945 and the insurrection of 1956.

Considered as one of the most beautiful cities in Europe and as the pearl of the Danube, its panorama, the district of the Castle of Buda, the Andrassy Avenue and the Millenarian metropolitan are listed as World Heritage by Unesco. A major tourist destination, the city attracts more than 4.3 million visitors a year.

Largest city in the country, it is the main political, cultural, commercial and industrial center. It houses the Hungarian Parliament, ministerial buildings and embassies of the country as well as the headquarters of companies established in Hungary. Its former status of co-capital of Austria-Hungary gives it an important influence in the Mitteleuropa. The partition of the Kingdom of Hungary following the Treaty of Trianon in 1920 makes it a disproportionate city for Hungary in its current borders. The city’s macrocephaly is reflected in the convergence of most of the country’s road and rail networks at its center and disproportionate demographic and economic differences between the capital and the province (almost 20% of the Hungarian population is from Budapest) . It is also considered from the point of view of economic exchanges as an important hub. Budapest is home to the headquarters of the European Institute of Innovation and Technology (EIT). (Source Wikipedia)

Why invest in Budapest ?

A purchase price per m2 among the lowest in Europe :

Budapest is one of the least expensive capitals in the European Union. In the central districts, its average price per m2 is 1500 euros, almost 6 times lower than the Paris average. There is no legal barrier for the acquisition of real estate by a foreigner in Hungary. The British newspaper “The Telegraph” has designated Budapest as the number 1 capital to invest in real estate.

Absence of land tax and housing tax because these taxes do not exist in Hungary.

Mandatory costs related to the acquisition are lower than in France. These costs are of the order of 6% (4% for the State with respect to the transfer duties and 2% for the lawyer, who replaces the notary in Hungary).

The tax is only 15% (the tax rate increased from 16% to 15% on January 1, 2016) on Hungarian property income while being a French tax resident, thanks to the double taxation agreement signed between the France and Hungary.

Hungary practices the single rate income tax. Whatever your income, the tax rate is 15%. The double taxation agreement between France and Hungary was signed in 1980. It allows, if you are a French tax resident, to pay your taxes from a French source in France (eg your French salary) and to pay your taxes. Hungarian source in Hungary (eg your real estate income in Budapest). The convention between France and Hungary also concerns the ISF.

Note that the transfer tax paid to the Hungarian State can be reduced by 50% (2% instead of 4%) if you respect certain conditions (under 35 years, first purchase, maximum price of HUF 15 million) .

Social security contributions (CSG / CRDS) are not payable on your Hungarian rental income.

Want to know more about real estate investing in Budapest?

Do you want to buy a property in Budapest?